Back in action...just in time.

We escaped Germany just before the big heat wave swept through Europe.  Record heat has been logged all over Germany...in some areas hotter than Death Valley...and with little to no AC in a lot of places around Europe, it would have been miserable.  No complaints on our 70 degree SoCal weather right now, though.

At some point while I was in Germany, I picked up this two-card sumo menko lot from 1938.  It depicts hand-drawn images of the great Haguroyama as a Komusubi (#15184) and the rank-and-filer Tatekabuto who couldn't make it out of the Maegashira ranks (#85021).  What is interesting to note is the changes that Haguroyama saw during his 20-year career.  He went from competing in two annual 11-day tournaments in the early 1930s to four annual 15-day tournaments in the early 1950s.  He managed to stay alive during World War II, pushed sumo through the Occupation of the 1940s and 1950s, and helped bring sumo into the "modern" age in 1952 with the first televised bouts and into a new, modern stadium.  On top of it all, he collected 7 top-division wins during his career and was the powerhouse Yokozuna during this time.  The next changing of the guards happened in the early 1950s and by this time Haguroyama was pretty worn out ready for the next generation to take over.  He died in October 1969 at the age of 54...having just seen man land on the moon a few months earlier.

I hope everyone stays nice and cool as we enter the heat of the summer...unless you are living in the Southern Hemisphere...in that case, stay warm! 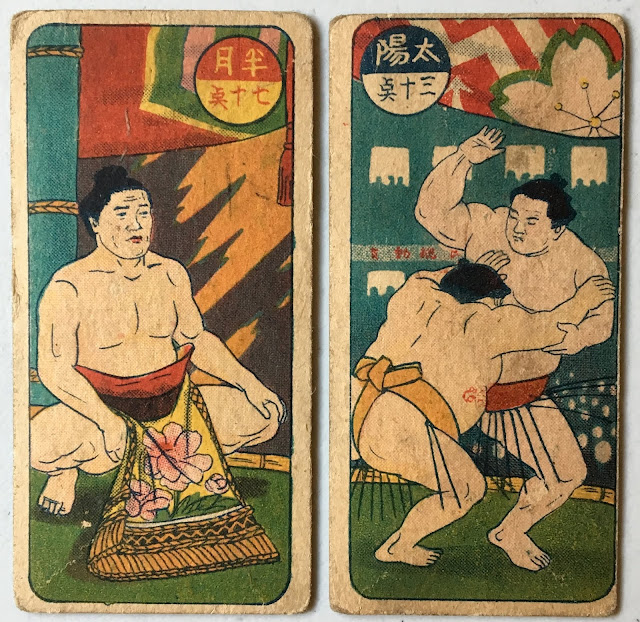 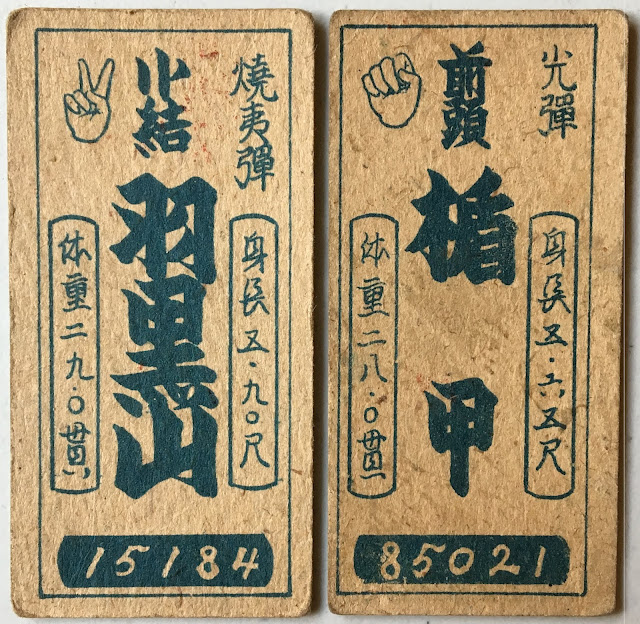 Posted by SumoMenkoMan at 7:54 AM 8 comments: