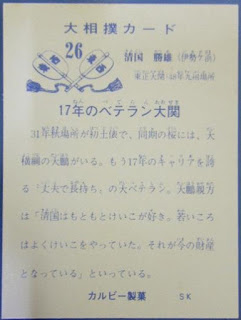 On August 12, 1985 tragedy struck a great deal of families across Japan.  Kyu Sakamoto, the famed singer, the president of the Japanese Baseball Team Hanshin Tigers, Hajimu Nakano, and the entire family of former Ozeki Kiyokuni died along with 500 other fellow passengers in Japan's largest aviation disaster in history.  Kiyokuni's 39-year old wife Sanae, his 12-year old son Yoshihiko, and 10-year old daughter Kiyoe were on their way to Osaka from Tokyo to visit Sanae's parents who were living in Osaka.  The cause of the crash....a ruptured pressure bulkhead in the rear of the plane that wasn't properly fixed when the tail struck the ground during landing 7 years earlier.  I visited the memorial at the crash site when I was living in Japan and was amazed at the story of devastation and survival. 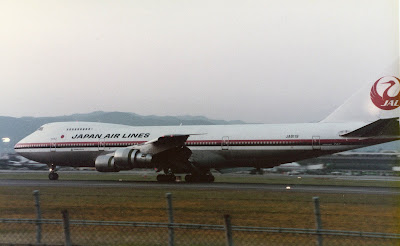 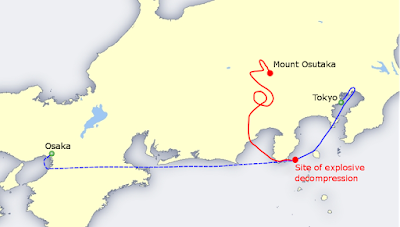 After the crash, Kiyokuni (having changed his name to Isegahama Oyakata when he took over the Isegahama stable after retirement) never was able to recover and drove his stable into the ground.  When he reached the mandatory retirement age of 65 in 2006 he had just two wrestlers under his roof.  The stable dissolved in 2007 after being around for almost 150 years.  Here is a great article from the now defunct Sumo Fan Magazine...I used to write for this magazine back in the day and sadly the magazine went belly up in 2012.

The above card represents one of only a few cards that features Kiyokuni....this one belonging in the famous 1973 Calbee Sumo Set. When this 1973 set was published, Kiyokuni was on the backend of his career having won one tournament.
Posted by SumoMenkoMan at 11:28 AM 2 comments:

Today the Queen celebrates her 91 1/2 birthday being born on 21 April, 1926.  I have had a lifelong fascination with the British Royal Family.  Maybe it is because my Great Grandfather x13 immigrated from England in the 1700s, or because of the opulence that Royal Family represents, but they really are intriguing.  Our recent trip to London only fueled my interest and I ended up picking up this 1937 Wills's Cigarette King George VI/Queen Elizabeth "Our King and Queen" set off of eBay.  My main interests were of the Princess Elizabeth cards (Current Queen Elizabeth II).  My main goal with picking up sets like these is to find her rookie card...the very first card she was depicted on that was available to the public in quantity...and not a postcard.  I've seen other mid-to-late 1930s sets, but not sure which contains her earliest.  For now, I'll claim this set!

Queen Elizabeth II has actually been a fairly popular Queen and she is the longest service British Monarch in history.  She celebrated her Diamond Jubilee in 2012 marking 60 years of reign.  Call it lucky, but when the Queen was born, she wasn't slated to take over the throne at all.  Her Uncle, King Edward VIII was actually in line and after a brief time as King, he abdicated the throne to his brother, King George VI, and Queen Elizabeth now had rights to the throne when her father passed away in 1952.

The main focus of this 1937 Wills's "Our King and Queen" set was on Princess Elizabeth's parents, King George VI and Queen Elizabeth I.  In 1937, they had only been in reign for a year so they captured some interesting moments in the 50-card set.  Princess Elizabeth is shown on three cards in this set. 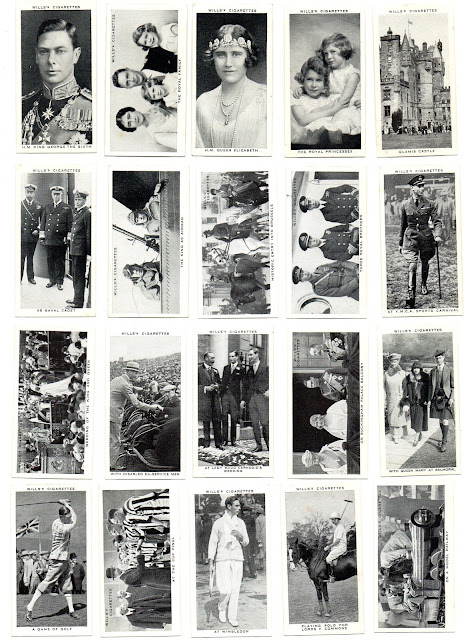 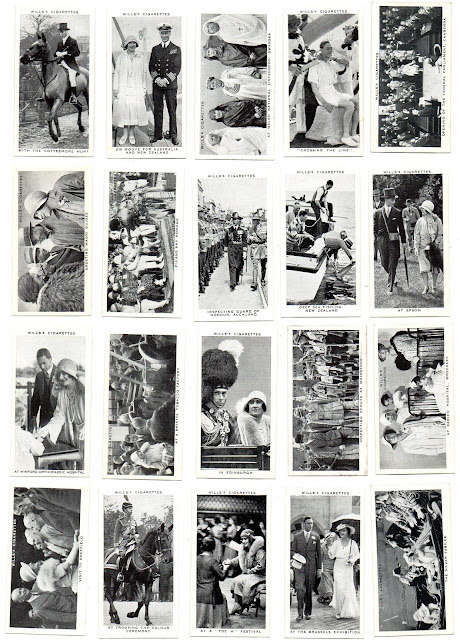 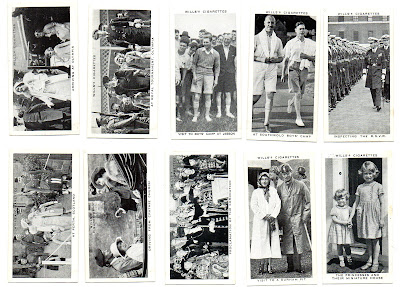 One of each of these cards came in a pack of cigarette's and they were meant to be glued inside of an album.  Several albums are for sale on eBay and I may end up picking one up one of these days. 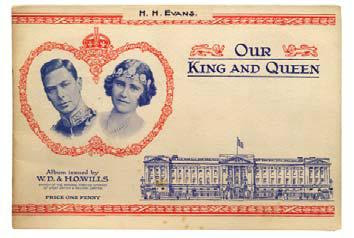 1984 - The Year the Hawaiian Sumo Torch was Passed

1984 marked a pivotal year in foreign participation in sumo wrestling....especially for the Hawaiian wrestlers.  Superstar Takamiyama (Jesse Kuhaulua from Hawaii) ended his historic 20-year career in sumo wrestling.  He racked up an impressive career.  Jesse was the first foreigner to win a sumo tournament and at the time of his retirement had the most kinboshi(victories over yokozuna), most career bouts with 1,653, and was the third heaviest wrestler in sumo history.  Jesse was well like and it was a difficult adjustment for those used to seeing him in the ring after 20 years.  In 1984, up-and-coming Hawaiian superstar Konishiki (Saleva'a Atisano'e from Hawaii) had just broken into the top ranks of sumo and would go on to have a storied, although troublesome, career retiring in 1997.  By all standard marks, Konishiki would have been promoted to yokozuna with his impressive succession of tournament records, but his status as a foreigner and the Sumo Association's general dislike of him prevented him from reaching this goal.

The 1980s were dismal in terms of sumo card sets.  The only sets being produced were playing card sets with pictures of the wrestlers on them.  This 1984 set is the only set that captures the handing of the Hawaiian sumo torch from Takamiyama to Konishiki.  Takamiyama was designated the Jack of Spades and Konishiki the 7 of Diamonds.  Face cards were reserved for the top-ranked wrestlers and Takamiyama was well deserving of this honor. 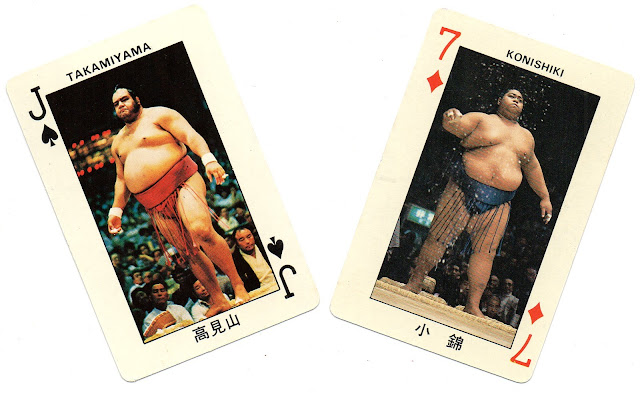 Posted by SumoMenkoMan at 2:00 AM 2 comments:

I don't often come across cards or ephemera that have sumo wrestlers advertising commercial products.  There just weren't that many that I know of and not a whole heck of lot of wrestlers were using their likeness to promote products.  When I came across this card issued by Daichi Pharmaceuticals, I knew it was something I needed to pick up.  For ￥100, it made it an even better deal....in fact, I paid many times more in fees and shipping than the actual card itself.

This card was issued right in the middle of 1981 when Chiyonofuji was on the brink of promotion to the rank of Yokozuna.  He was the hottest thing in sumo and would carry the sport throughout the 1980s until the Hanada brothers took the reigns in the early 1990s.  It appears this particular card was issued with a product call Patex, a compression support of ankles, elbows, and other joints...hence the fact that Daichi issued it.  The back has a 6-month calendar from September 1981-February 1982...an interesting calendar span.  I've done other searches for additional cards, but it appears this is the only card.

I'll get this inserted into the next edition of my book.  Not sure what I'll categorize it as yet. 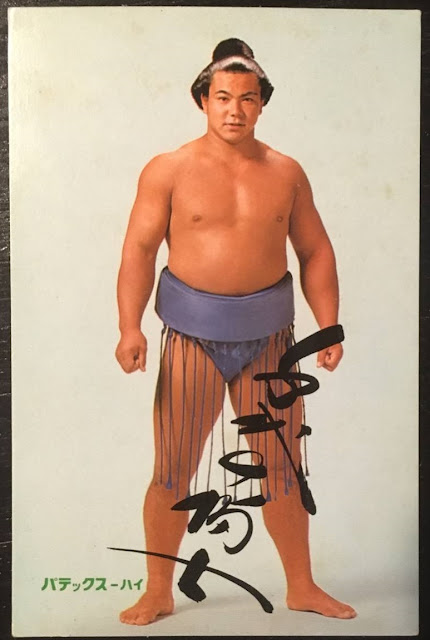 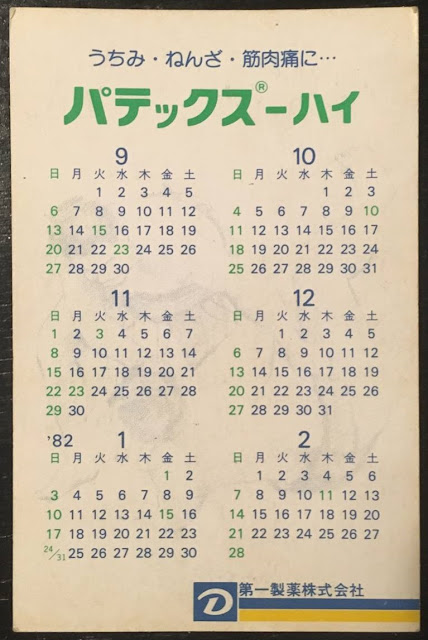 Posted by SumoMenkoMan at 2:00 AM 2 comments:

Some may noticed a new tab in the upper right corner of this blog.  In a new...and hopefully fairly quick project....I am scanning the covers and documenting the content of as many Sumo World Magazines as possible.  This English-Language magazine was the go-to publication for decades until just recently.  The editor and publisher of the magazine finally wasn't able to keep up with the print demand, but it is still available electronically on your Kindle.

I have a decent collection starting in 1973 going into the early 2000s and have been scouring the internet for online references to the magazine.  There are surprisingly very few references out there, although at one time there were several sites that supposedly contained good information.  Sadly, those websites no longer exist and I am hoping to at least bring a bit of that nostalgia back here on this blog.  This magazine have a huge array of information available for those that don't read Japanese and the older issues have a lot of historical pieces that are priceless for English readers.  For those that might find a column title interesting in a particular issue, or are doing any research, please give me a holler as I might be able to help.  Enjoy browsing the cover art once this resource is completely up and running.  Here are just a few to whet your appetite... 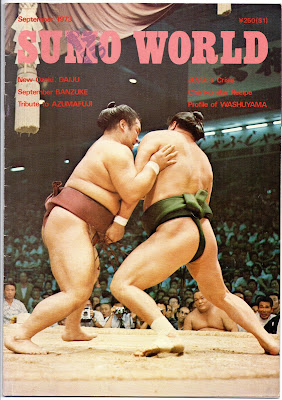 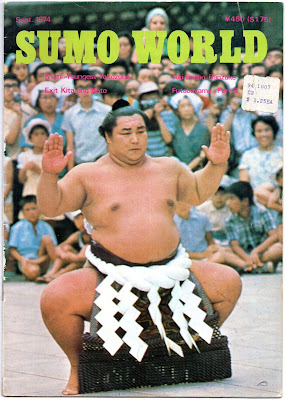 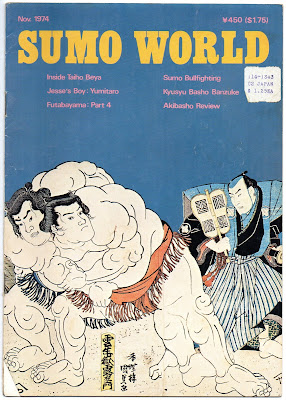 Posted by SumoMenkoMan at 1:54 PM 2 comments: