I am not a big sumo wrestling post card collector, but I feel like I am missing the boat every time I pick up a few random post card sets.  Post Cards provide a snapshot in time of what sumo wrestlers looked like at the time of the photograph.  Although not as visually appealing as some of the menko of the day, some post card designs are very nicely done and worthy of a second look anytime I am browsing card auctions.  Take this newly discovered PC-series set, PC641: 1964 Blue Background Postcards, for instance.  The colors, simplicity, and "crudeness" make this an easy pick up in my book especially since there are some rikishi that very rarely show u[p on cards.  Equally interesting is how rare 1960s Japanese cards are; from the mid- to late-1960s they are virtually non-existent, including Japanese baseball cards.  There was a cultural and economic tussle in the 1960s that encouraged kids, and the Japanese economy, to strive to be #1 and consequently a lot of the toys and games kids played with went to the wayside while they focused their attention on studying.  Similarly, the accessibility of television sets also pulled kids attention away from the games of old to the virtual diversions being broadcast out to the masses.  This set captures the top rikishi from the summer of 1964: 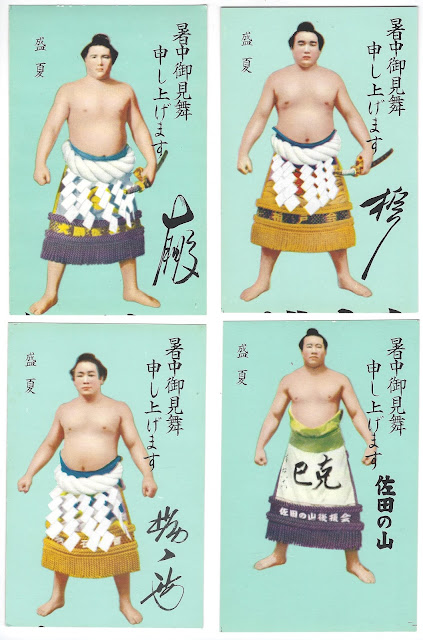 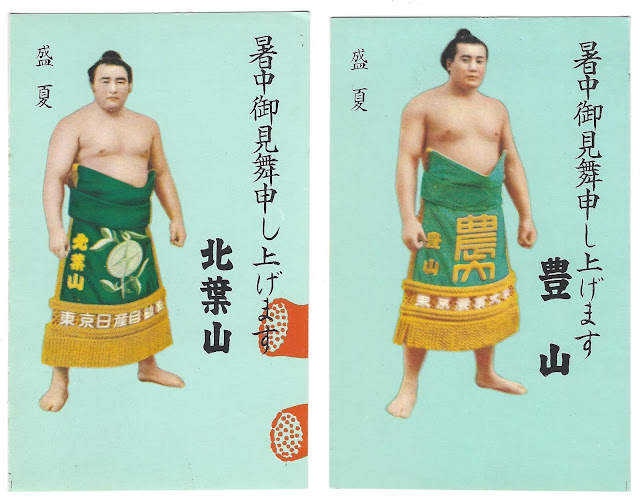 Posted by SumoMenkoMan at 1:00 PM 6 comments:

A little over a year ago I stumbled upon some POGs from 1993 that depicted the famous Hawaiian sumo wrestlers Musashimaru, Akebono, and Konishiki.  Their popularity coincided with the American POG craze of the mid-1990s and were subsequently captured on several sets.  I was recently able to pick this POG set up from a friend that features then Ozeki Konishiki and then-Sekiwake Musashimaru with the latter going on to attain sumo's highest rank, Yokozuna.  Scans don't do the images justice, but the pictures are a combination of blue and gold foil.  For Musashimaru's POGs they say "Ring Champ" and "Fiamalu Penitani - Waianae's Pride Hawaii, 1993".  For Konishiki's POGs they say "Ambassador of Sumo" and "Salevaa Atisanoe - Nana Kuli's Son Hawaii, 1993".  Both Waianae and NanaKuli are areas in Hawaii.  The backs say these POGs were printed in Hong Kong as well as lists a telephone number "955-7109" although I haven't been able to determine what business/person this phone number is associated with after doing a quick Google search. 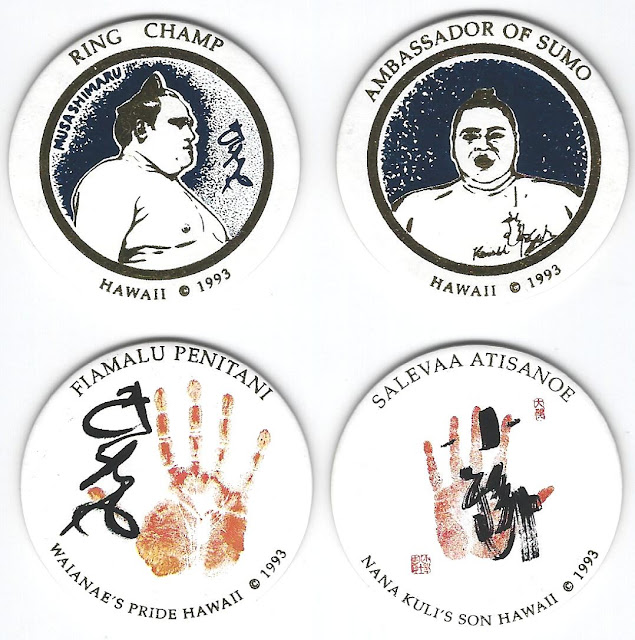 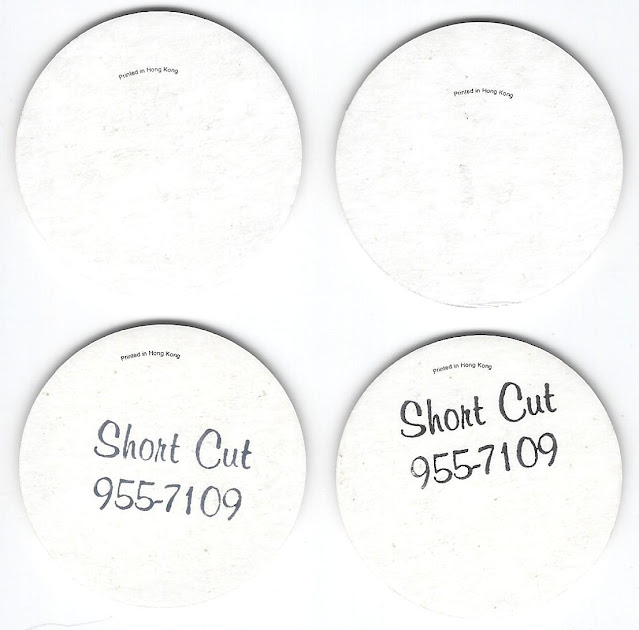 Thanks for stopping by and have a great week!

Show me the Yen - Part 2! How much money to sumo wrestlers make? 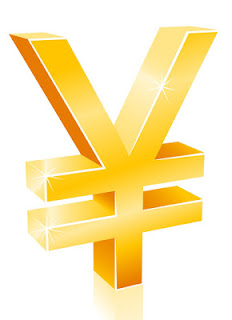 Three years ago I posted about sumo wrestler salaries and trying to answer "How much money do sumo wrestlers make?"  The true answer lies with the sumo wrestlers themselves as well as a few individuals within the Nihon Sumo Kyokai (Japan Sumo Association).  As a refresher, the salary of the top two divisions of sumo wrestlers comes from basically 7 sources:

I want to focus on the Monthly Base Salary which is a great indicator of booms as well as unpopular times in sumo.  The first chart is the salary, in Yen ￥, from 1975 to 2019.  What's interesting to note is the steady climb of salaries up until the early 1990s when a massive sumo boom, coupled with economic prosperity, shot salaries to record heights!  The boom tailed off in the early 2000s and then actually decreased temporarily during a low-popularity time in 2006 which took almost 10 years to get through.  Sumo has been in another boom for about the last 5 years and we see that reflected in salaries. 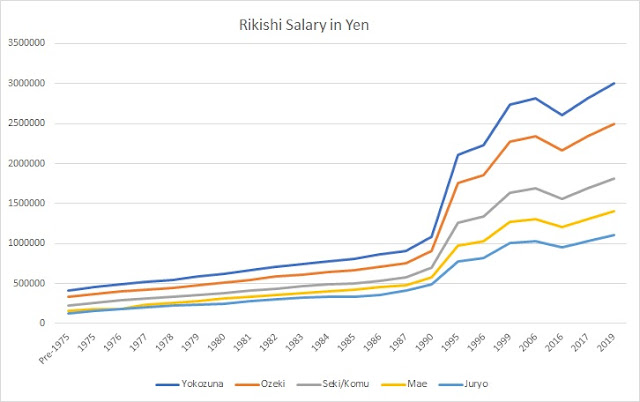 The next chart are those salaries above converted into dollars based on the inflation rate for each year to give you a better appreciation of how that would have translated into earnings in the U.S. during each of those years.  It's interesting that the dollar-yen exchange rate basically stagnated the earnings from 1985 and then our strong economy and a weakening Japanese economy in the mid- to late-1990s did not translate very well to earnings in American dollars.  But even in the 1990s, earning a $7,500 base salary as a Juryo was still a strong amount. 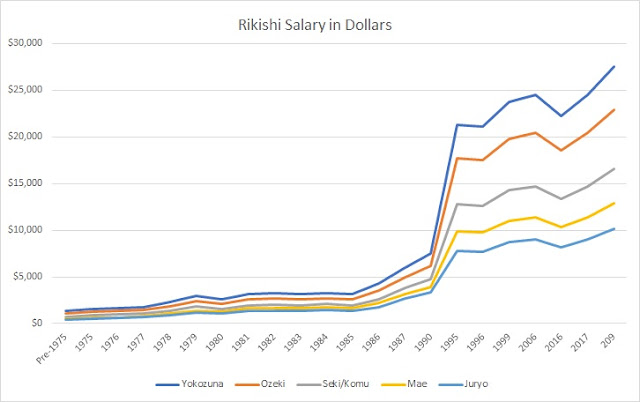 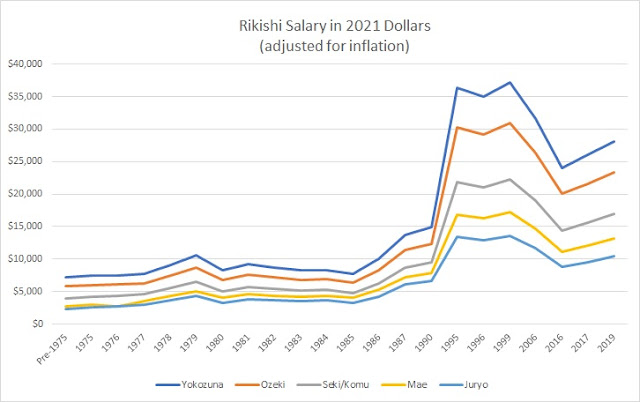 This extremely rare karuta set was only recently re-discovered after a few sets were dug up from old boxes and storage areas in Japan.  Karuta is an extremely popular card game in Japan, especially among children, and this set appears to have been aimed at that audience.  Extremely well-done cartoon drawings show various sports and entertainment figures that were popular in Japan in late 1953.  Given the fact that Yokozuna Haguroyama was not featured in this set and he retired at the end of 1953, it is likely that these were issued as a special giveaway in a 1954 New Year Edition of a Children's Magazine.  Among the people the artist captured were 11 sumo wrestlers, 9 baseball players, 1 boxer, and a variety of actors, actresses, and singers.  These cards are all hand-cut lending the thought that these were issued in uncut sheets in magazines and subsequently cut by the purchaser.  Here is a brief checklist of both the sumo wrestlers and baseball players: 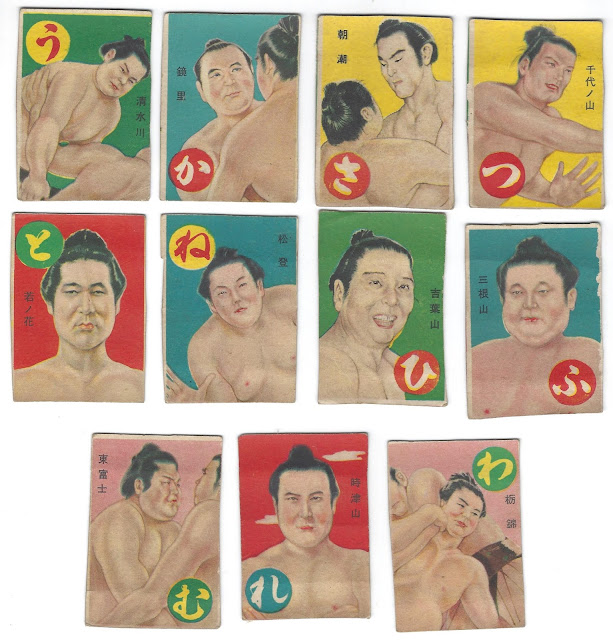 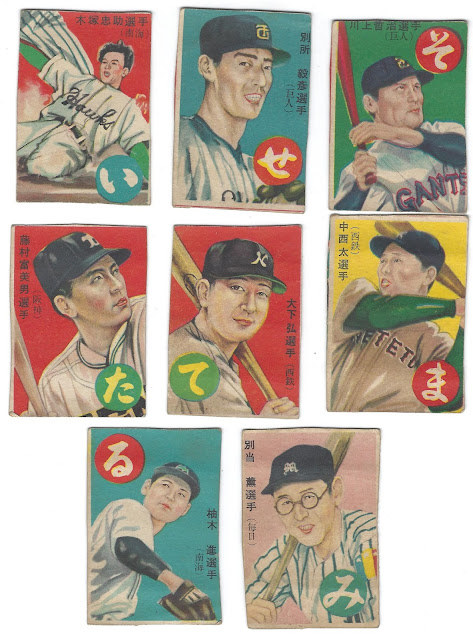 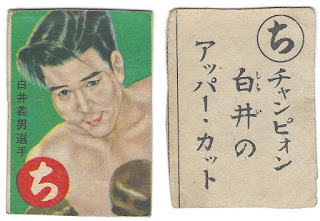 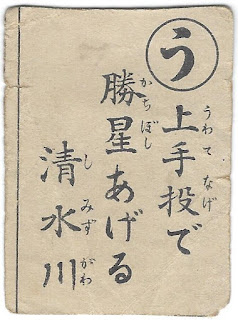 Have a great week and saynonara!
Posted by SumoMenkoMan at 9:53 AM 8 comments:

I'm drinking coffee and eating a donut as I write this post....somewhat apropos given today's topic.  Has anyone ever heard of the Dunkin Company?  Not Dunkin' Donuts, but the card company....it appears to be a European company.  This is a company and set I know very little about, but apparently in 1979 Dunkin make an 88-card Martial Arts set that included one sumo wrestling card.  This set features martial arts from around the world which is why sumo wrestling is part of the set.  On the back it says the cards were "Printed in Spain" and is written in three languages: English, French, and German.  Here is what it has written in English to explain sumo:

Sumo is a paragon of Japanese martial arts, and can be considered as Japan's national sport.  Its participants are trained from the time they are children and devote their entire lives to training.  It is also a form of "bare combat".

The #11 Sumo card is a generic drawing of two wrestlers engaging in a bout and are die cut around the outline of a Japanese Torii Gate.  A quick search of the internet yields a few more photos of this set, but it does appear pretty hard to come across with a few recent auctions. 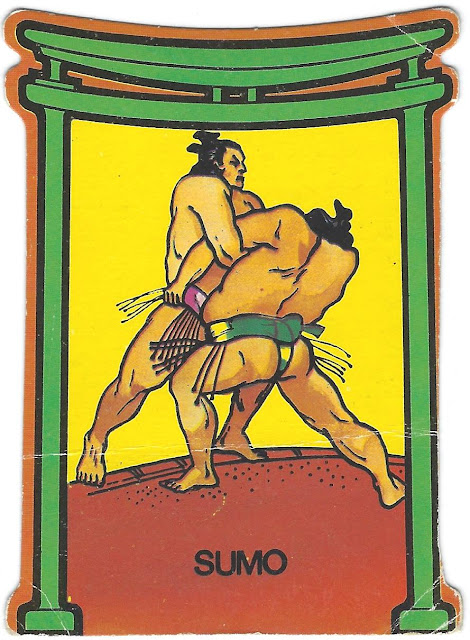 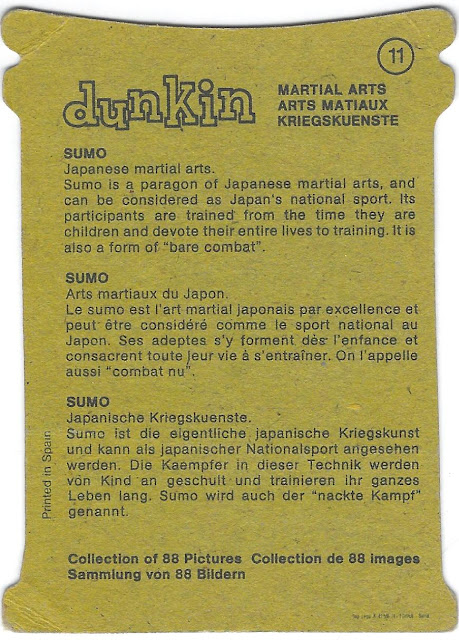 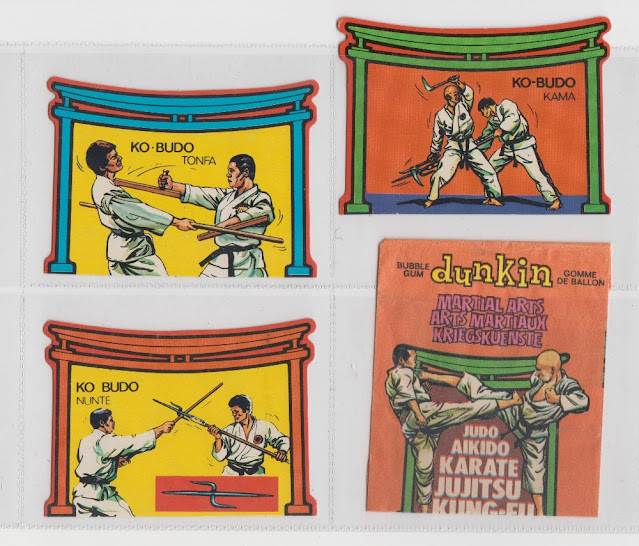 Anyone else have any additional information on this 1979 set?

Have a great week everyone!

Posted by SumoMenkoMan at 1:00 PM 8 comments: