As I slowly whittle down the want list on my main menko, bromide, and mini card collection, I have branched out into the other sumo card categories with the main one being telephone cards.  The cliché Perfect Storm happened in the 1990s in Japan with the rise in popularity of both sumo wrestling and collecting telephone cards.  Consequently, hundreds, if not thousands, of telephone cards were printed with the popular wrestlers of the time.  And the majority of the subjects on sumo wrestling telephone cards were of the extremely popular brothers: Takanohana and Wakanohana.  These dashing and talented guys pulled sumo wrestling into the new millennium and were rewarded with all sorts of memorabilia.  This particular set, produced by the Nihon Sumo Kyokai, captures these two along with the first foreign-born Yokozuna, Akebono.  The pre-cell phone days meant people had to use telephone cards in public pay phones and so these cards were not only collectible, but utilitarian as well. 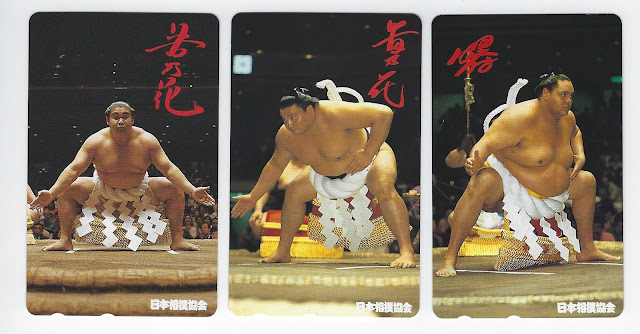 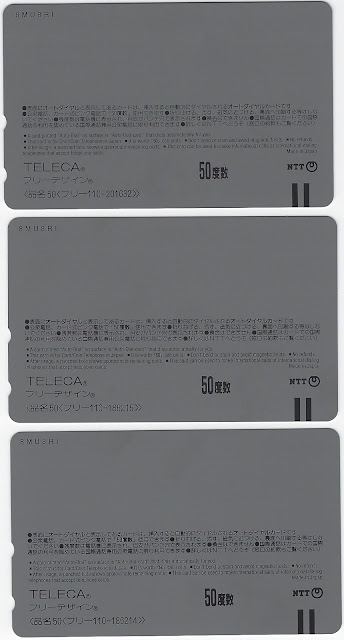 Posted by SumoMenkoMan at 3:00 AM 6 comments:

Japanese Baseball Gurus - Who is this?

My fascination with 1960s Japanese yukata cloth bolts continues.  The ones that I collect have bromide photographs attached to the packaging to show the famous person or star wearing the exact pattern as the actual cloth.  They are pretty cool and so far I've managed to gather about 15 or so of them from the 1960s.  For some unknown reason, they were only produced in the 1960s.

I recently picked this one up and was wondering if any of the Japanese Baseball gurus could tell me who it is.  He is from the Yomiuri Giants...that is about all I can tell at the moment. 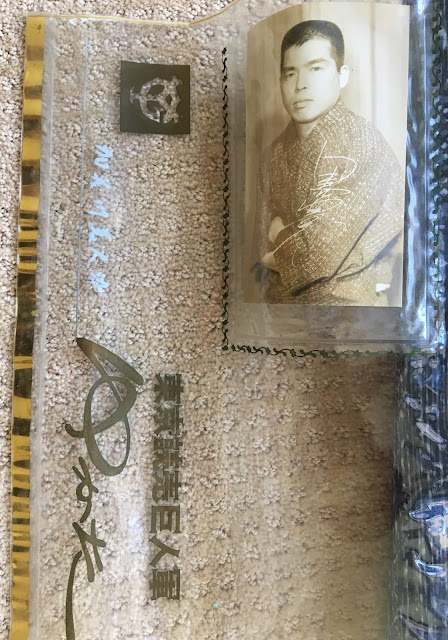 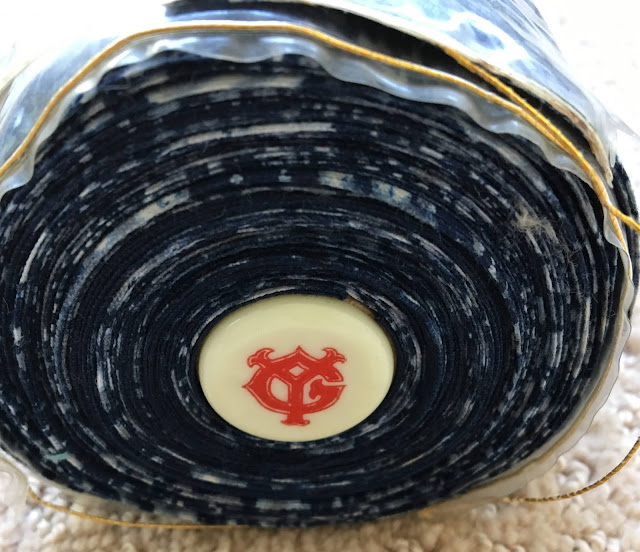 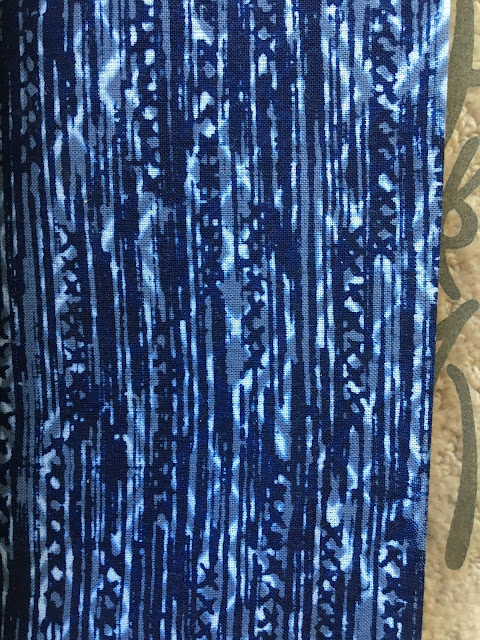 Posted by SumoMenkoMan at 2:08 PM 6 comments:

Who felt the earthquake?

California had a fairly strong earthquake yesterday.  Fortunately the damage was limited and it wasn't stronger and closer to LA.  Our house swayed a little bit down here for 20-30 seconds is all.  I hoping for a speedy recovery for those that were more severely affected.

Ebay is not my go-to auction site for picking up sumo menko, but these beauties from 1941 showed up and I immediately snagged them.  There was another auction of these that popped too that I snagged as there were several more in that one that I needed.  All in all, it looks like there are at least 12-13 total menko in this set.  These menko depict the Natsu (summer) 1941 tournament and were printed right before World War II kicked off for the United States.  What is most unique about this set is that they are designed to be a quiz where the front shows a winning technique being performed by two wrestlers, but asks the reader to guess which one it is.  The drawings of the wrestlers are fairly crude, but when you turn the menko over, the correct technique is revealed as well as the name of the wrestler that is depicted on front.  I have never seen one of the sets before and knew I needed to add them to my collection.  Interestingly, the menko of Onami has the word "Robot" (ロボット) written on the back....which had only been coined a term only 20 years earlier. 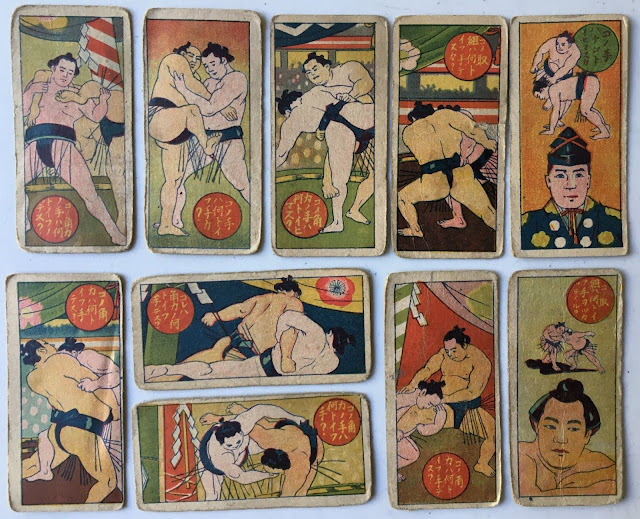 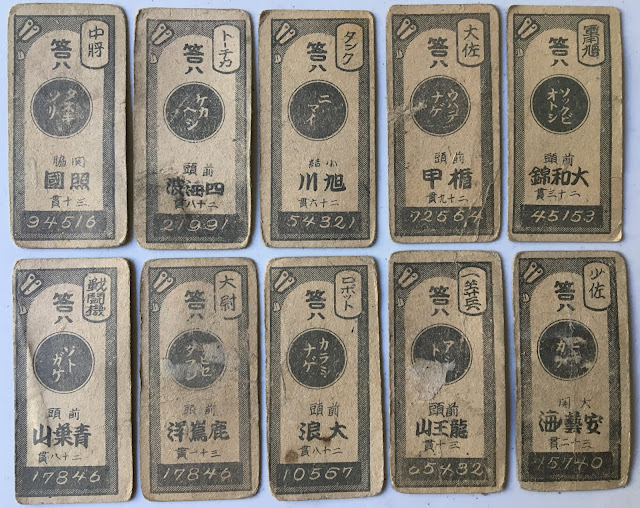 Posted by SumoMenkoMan at 4:00 AM 2 comments: