Supporters Groups have a long and important history in sumo wrestling.  They often supply sumo wrestlers and stables a valuable and needed flow of money to cover costs associated with the sport.  Costs for travel, uniforms, food, and supplies quickly add up and are difficult to cover by the stable master or wrestlers alone.  These Supporter Groups help keep sumo wrestling running smoothly in exchange for the wrestlers time at various functions, parties and events.  This Kyushu Supporters Association set was made in the 1995/1996 timeframe and either sold to members or given away as a commemorative release for contributions or membership.  It features the extremely popular brothers Takanohana and Wakanohana who likely received contributions from the Kyushu Supporters Association.  Kyushu is the is the third largest island of Japan and home to Fukuoka tournament and this group has it's presence across the island in support of the sport.  I have catalogued it as the CT951: 1995 Kyushu Supporters Association set.

I am a sucker for holographic telephone cards from Japan and this set is no exception.  Several holographic cards along with an additional action and posed shot are fitted nicely into this green holder and tucked away in a nice soft tan envelope.

I hope everyone has a great week and is ready for the upcoming tournament! 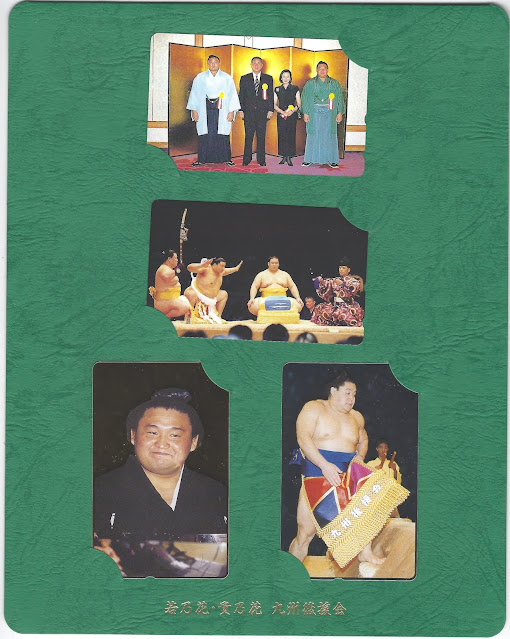 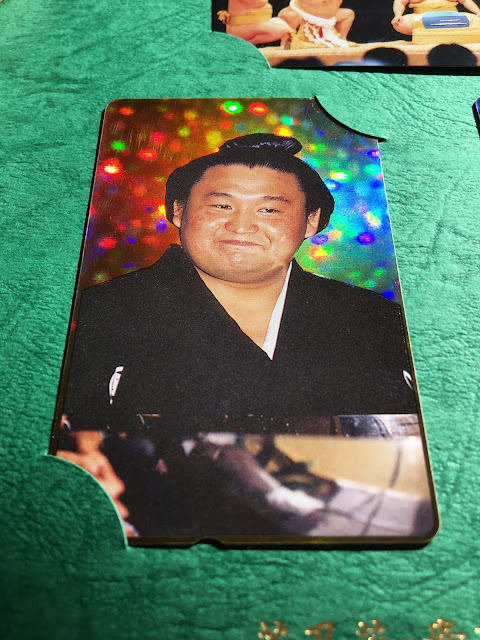 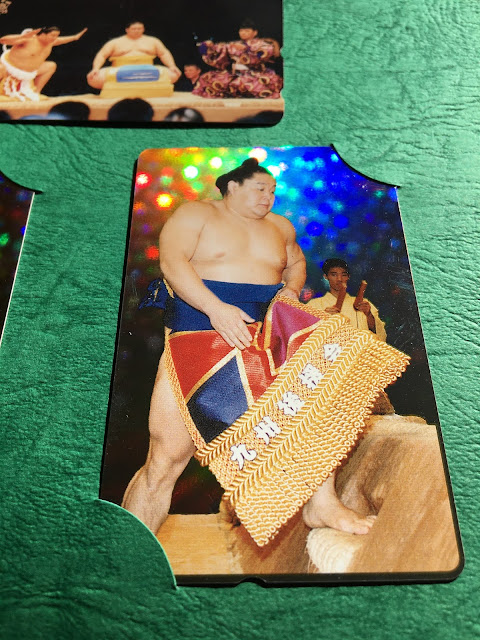 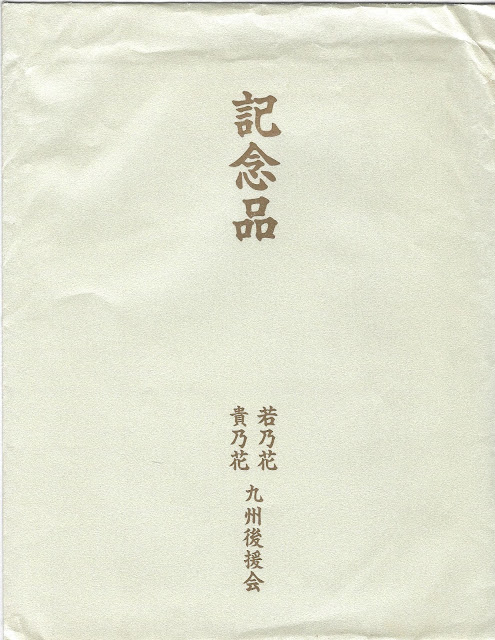 Posted by SumoMenkoMan at 1:30 PM