I'm kicking off a "Living" Blog Bat-Around featuring Merlin Olsen and Jack Youngblood; two Hall of Fame defensive players from the "1st" Los Angeles Rams team.  Why Merlin and Jack?  I'll describe in a second, but there is no cost to participate except for a PWE and some of your time to write a post.  After each post, sign the Card Savers, and then throw the cards and remaining stamps (I'm including their 1975 Topps cards and all the stamps) in a PWE to send to the next person.  After you get the cards, the idea is to write a post that relates to the cards.  Maybe about 1970s collecting, 1970s football, the Los Angeles Rams, or you might even have a cool story to tell about Merlin or Jack.  At the end I'm hoping someone can send the cards back to me. I'll summarize what everyone wrote and try to do something fun with the cards like auctioning them off for charity or see if Jack will sign his card and then auction.  Ideas always welcome.  Okay, here goes my post.... 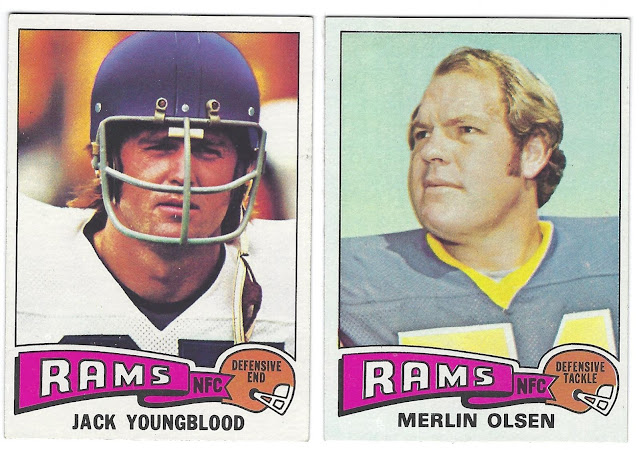 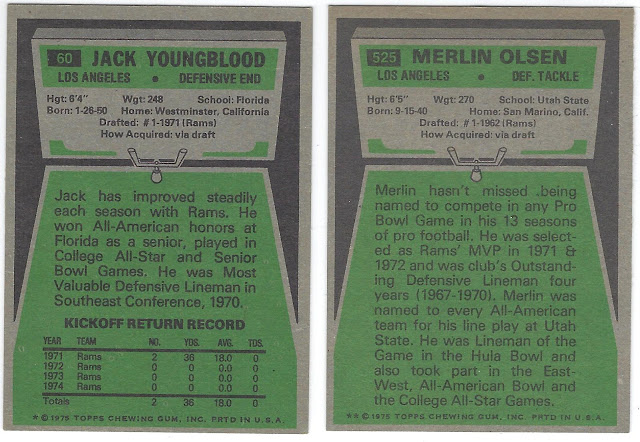 Regional tours (jungyo) are an important part of sumo culture.  In between the main May/July/September summer tournaments that are held in Tokyo and Nagoya, sumo wrestlers travel into the countryside to bring the sport to rural fans that aren't able to experience a main tournament.  On occasion, these tours take them overseas as was the case June 1976 when the wrestlers traveled to Los Angeles to highlight the sport.  Given that the only comparably-sized athlete in the U.S. were football players, Jack Youngblood (6' 4" - 248 pounds) and Merlin Olsen (6' 5" - 270 pounds) from the local L.A Rams were asked to compete against each other in the ring to win the honor of then wrestling against an actual sumo wrestler in an exhibition match in front of 4000 spectators.  Jack beat Merlin and then subsequently lost against then-Makushita wrestler Taiko (5' 10" - 255 pounds).  It was all in good fun and these two future HOFs were able to add sumo wrestling to their repertoire.  Merlin went on to a successful broadcasting and acting career after playing football and passed away in 2010 at the age of 69.  He was elected to the HOF in 1982.  Jack stayed active in a variety of businesses and ventures before being elected to the HOF in 2001. 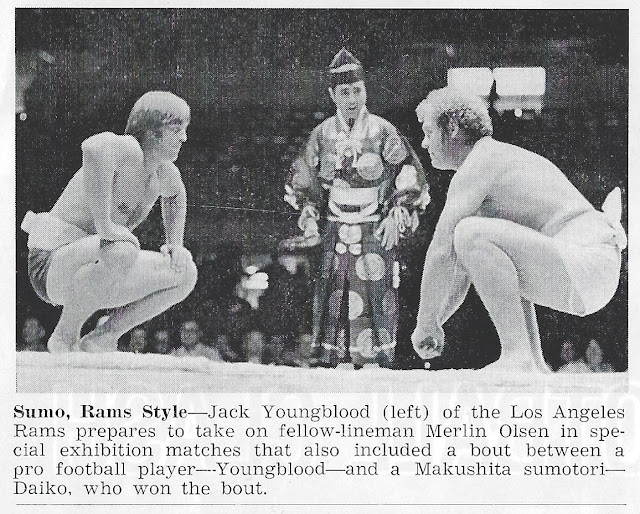 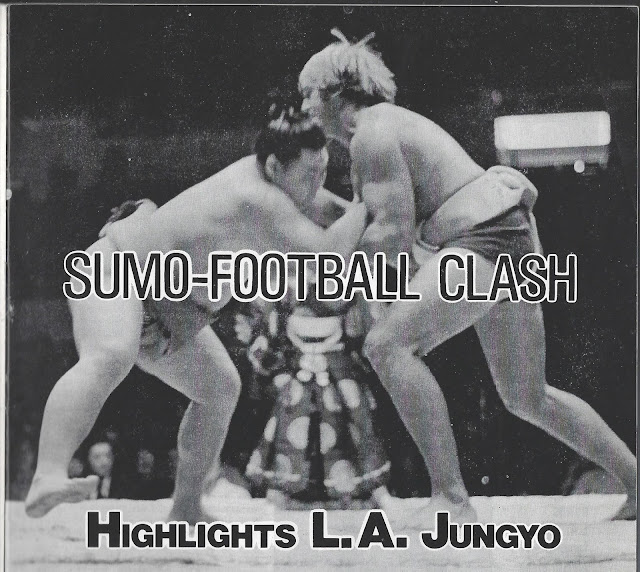 Okay, anyone up for receiving the cards for the next Living Blog Bat-Around?