The Cold War in the 1950s must have been as stressful time as any to be alive given that nuclear weapons were now a real possibility and that at any time World War 3 could have ended the world as we know it.  Thankfully cooler heads prevailed to get us out of it, but I am sure it has left a lifelong impression on many citizens all over the world.  Japan was not immune from the Cold War and were caught in the political crossfire of Russia, China, Korea, and United States.  Having no offensive capability of their own, Japan relied heavily on the United States for protection and the weapons we employed during that time we fused into the lives of many children.  Menko companies took advantage of that fascination and made this set in 1956 that highlighted the popular rikishi of the era as well as some of the weapons children had no doubt read about or seen in books.

This M5623: 1956 Military 10 set is extremely hard to find...I am not sure why as most 1950s menko sets were made in decent quantities.  Maybe the war theme was too much for the general population at the time.  I have only seen these 6 menko in my over 20 years of collecting making them Extremely Rare.  Each menko measures approximately 1 3/8" x 2 3/4". 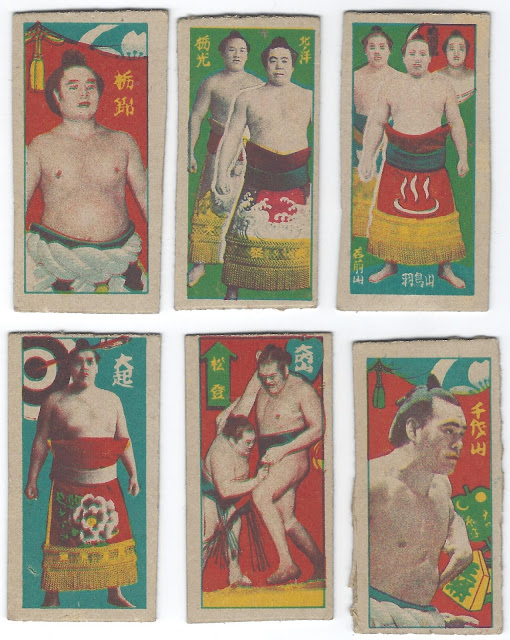 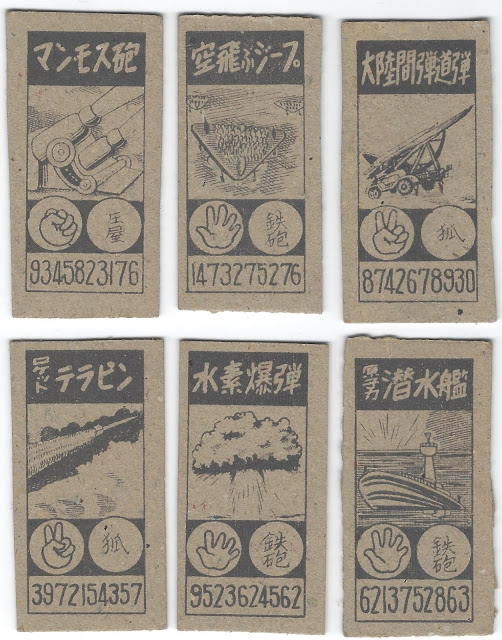 Have a great weekend and sayonara!

Posted by SumoMenkoMan at 5:00 AM