Very much like last year's release, the 2017-2018 B.League set will contain 90 base cards with 5 players featured from each of the 18 teams.  There will also be a Game Changers subset that usually fall 3-4 per box as well as special autographs.  The autos will likely fall about 2 per box.   Boxes contain 20 packs with 5 cards per pack.  Last year's release was a huge success and I imagine this year's will be equally popular.  Rakuten Global has them up for sale and is accepting pre-orders.  This set is called 1st Half....indicating that there will be a 2nd Half like last year.  2nd Half will come out in March more than likely.  Here are some scans courtesy of BBM's website. 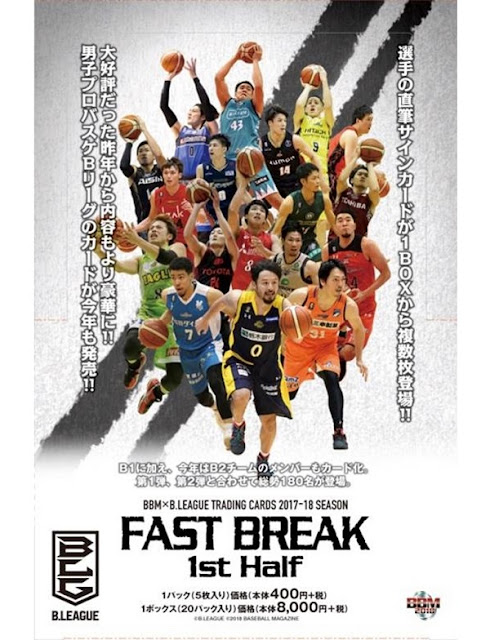 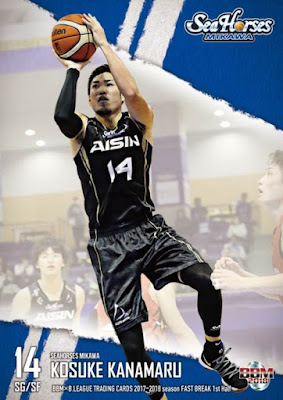 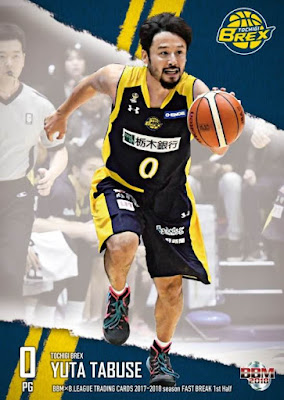 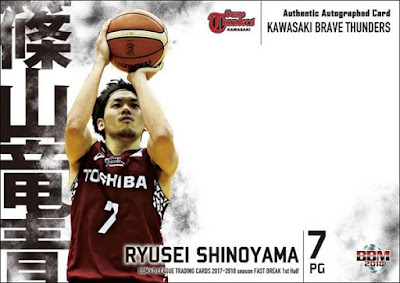