I went to Germany's Annual Trading Card Show near Frankfurt a few weeks ago to scope out the German card-collecting scene.  Before anyone runs out and buys their tickets for next year, read on.  I was able to hook up with a prominent Germany collector (Nick Bolton) who speaks English and was able to get a better understanding of the current state.  First, vintage card collecting is a dying hobby in Germany.  He said I was the first new collector he had met all day and that he knew every single person in the room until I came along.  New collectors are not coming to the hobby at all.  Consequently, the show was very small compared to American standards.  In fact, all the dealers (about 15 in total) fit inside the small auditorium with room to spare.  Local shows in America would be much bigger.  Second, the internet has killed any sort of in-person show.  With the vast amounts of trade and cigarette cards, going to shows to eek out a profit isn't worth it for the collector's anymore.  Most early cards in Germany were produced by the hundreds of thousands....so they can be had for less than a dollar these days and since no one is really collecting, shows have died.  Lastly, in my opinion, there is a lack of printed checklists for all the sets out there.  So I imagine new people have a hard time getting started in collecting, because it is difficult to focus.  There are several books out there, but they unfortunately don't dive down into individual cards.  It would be like having a card catalog that lists the 1952 Topps set as having 407 cards in it, but no individual names.  It is a different way to collect than in America and so it makes foreigners who want to start difficult too...let alone the language.

I am the worst at taking photos so no actual photos of the venue itself and the internet has failed me on digging any up.  It was small so pictures wouldn't have added to it at all.  Unfortunately, the show was only from 10:00 to 3:00 so I couldn't dig through all the bins like I wanted to.  There were tens of thousands of singles I could have spend half a day digging through.  I just ran out of time.  Everyone was extremely nice and I got by with my English decently.  Besides...money talks so when I found stuff to buy, we made it all work out.  I could have spent 100x as much as I did and really jumped into German card collecting.  Hopefully by next year I'll be much smarter and can focus on some interesting sets.

I ended up buying Nick Bolton's book that does an amazing job of capturing pre-WW1 card sets.  Nick is a Brit that lives in Germany.  He was an amazing source of info. 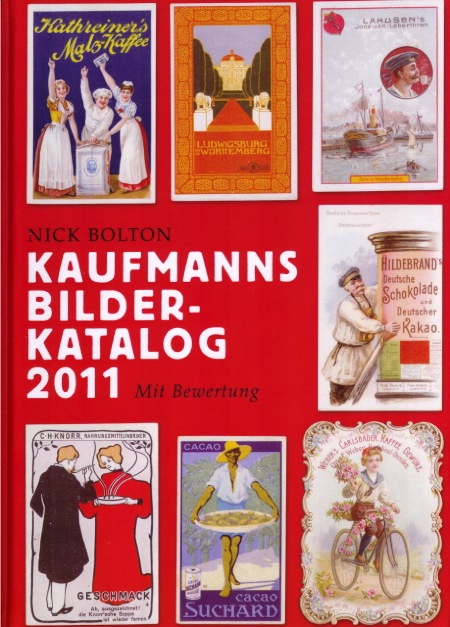 Nick also hooked me up with this amazing Riquet set called Tee in China.  It is a 12-card set printed on rice paper with amazing and vivid printing.  I was sold as soon as I saw it. 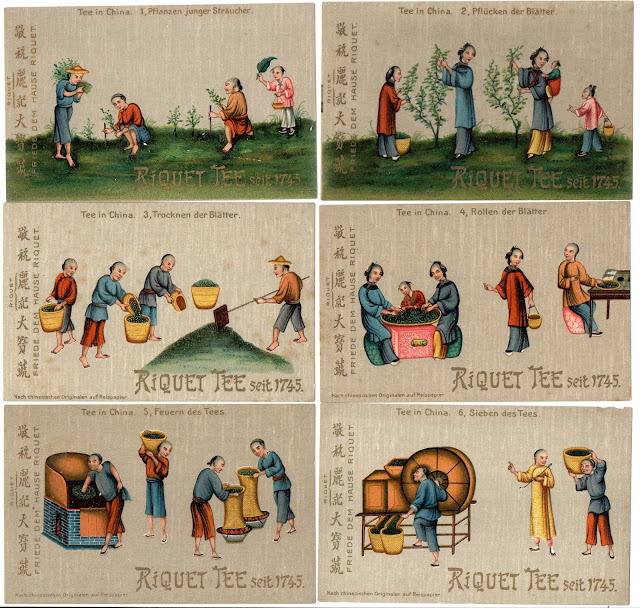 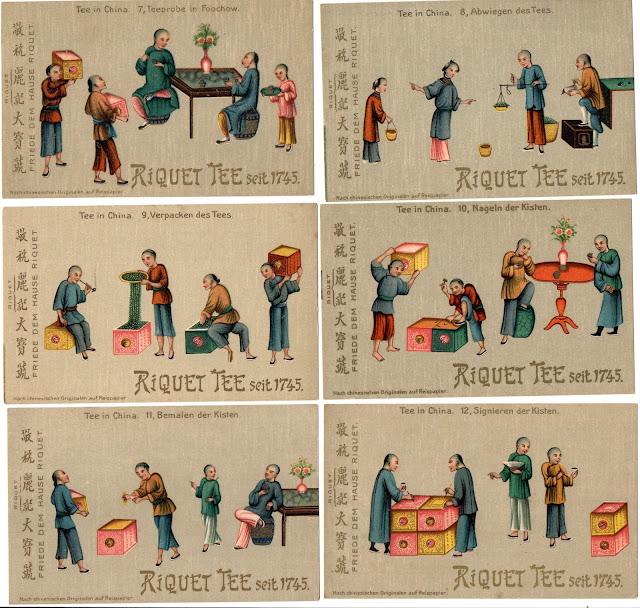 I was able to buy the Abraham Lincoln card from another dealer.  This is from the Bensdorp Cocoa "Famous Men" set which has 104 cards in it.  Card # 62 has the famous Honest Abe. 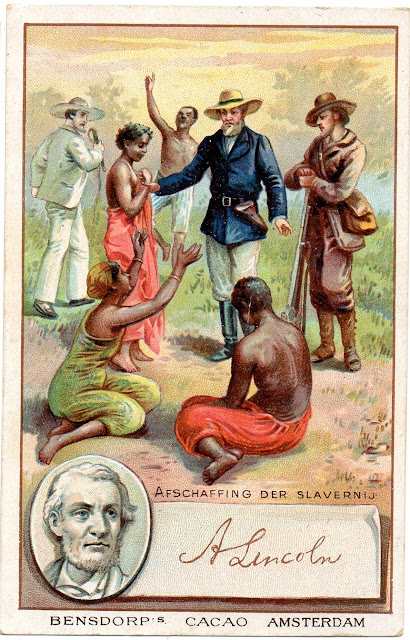 Here is boxer Max Baer and swimmer Johnny Weissmuller from the Bravour-Bilder Set.

I haven't been able to catalog this boxer from this 1937 Siegel set. 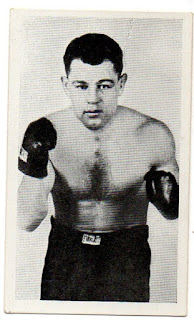 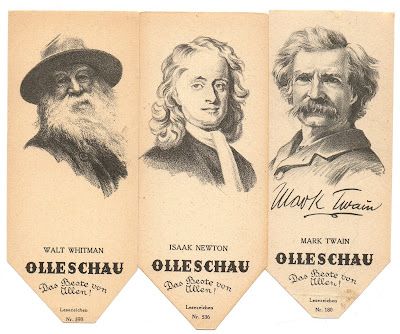