About 4 years ago I posted about some 1985 Transformers menko I had picked up.  Gregory over at Nine Pockets recently asked if my checklist had grown any since he had picked up some doubles along the way and wanted to see if we could expand the checklist.  I had to go back and check since it has been a while since I browsed my collection and sure enough it looks like I have picked up a few since I last posted.  I've occasionally run across these on auction sites and I think there must be between 30-50 in the set.  Here are the ones I have along with the current checklist.  This set marked just about the end of the menko re-boom era that had restarted in the early 1970s and ended around 1985.  Before that the big menko boom happened from the 1930s to 1964 when it suddenly died off due to television.  Nostalgia kicked in and the re-boom era lasted about 12 or so years petering out in the mid 1980s when kids turned their attention to NES! 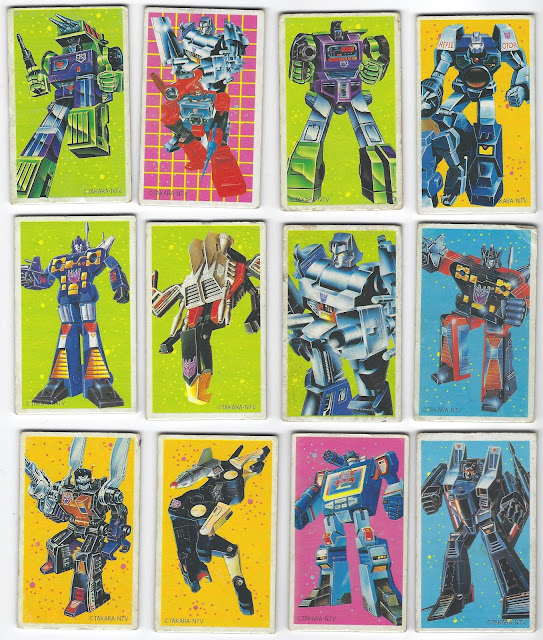 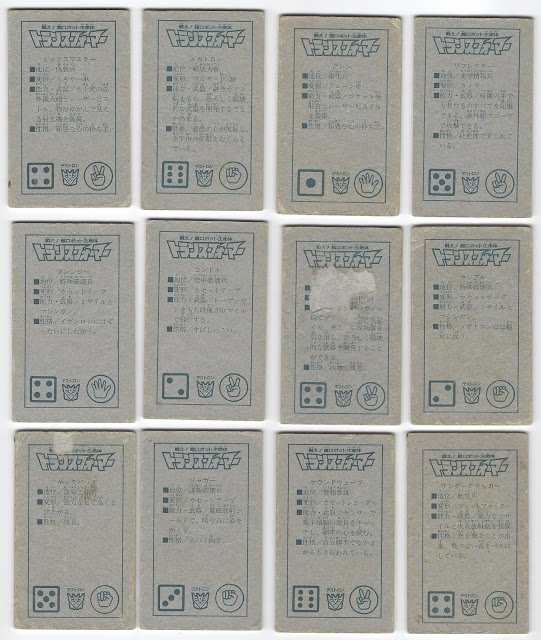 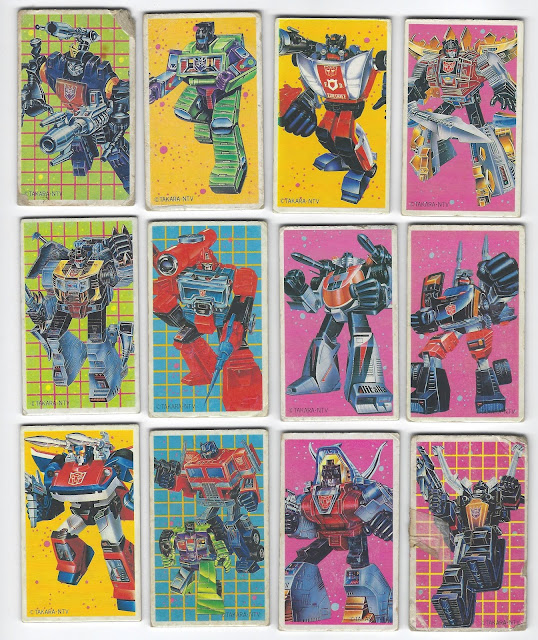 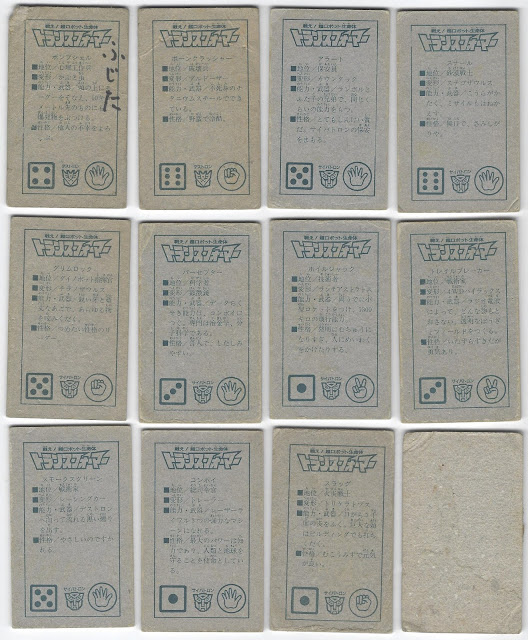