Back in April I wrote about these flash-card type of menko that had math equations on the back for kids to solve and as a way, I am assuming, to get kids more engaged in math.  Here is another set I came across during the COVID days of browsing auction sites.  Interestingly, all the math-back menko that I own are from 1941.  Not sure why this is.  It may be that the same company produced all math-back menko and found success in the math theme.  Maybe there was some cultural phenomenon going on that made these type of backs more appealing to the kids and several companies hopped on board.  Not sure we'll ever know.  Definitely a pretty cool piece of Japanese history for sure.

This set captures the great Yokozuna Futabayama as well as many of the top-ranked wrestlers of the era.  Hard to believe that soon after this set was released, Japan would drag the United States into World War II which would ultimate cease menko production for the next 5 years until the war ended. 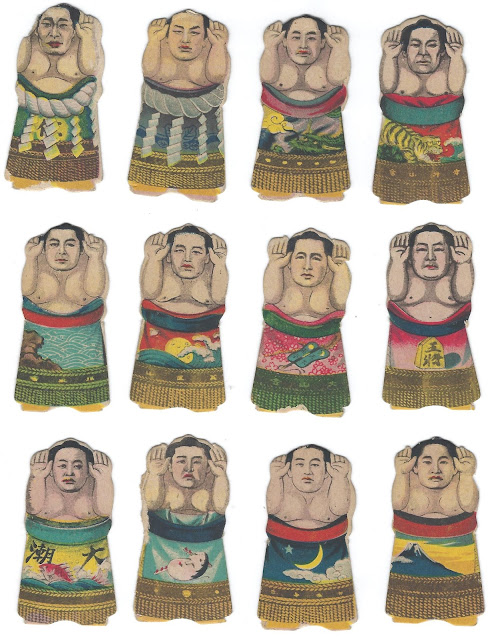 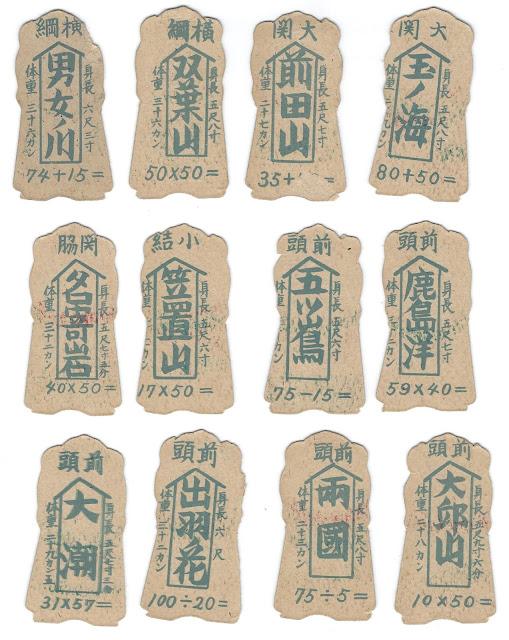 Here is a shout out to all the teachers out there fighting through this pandemic continuing to educate our kids and keeping them engaged in important school subjects.  Thanks especially to Fuji!

Posted by SumoMenkoMan at 4:00 PM