Late 1960s sumo cards are virtually non existent.  In fact, it is easier to find sumo cards that were made during World War II than it is to find sets that have sumo wrestlers in them from the late 1960s.  In 1968, man was getting ready to walk on the moon, the Vietnam War was in full swing, and the 1968 Olympics in Mexico City brought together athletes from around the world.  Also in 1968 Shonen Book, aimed at elementary school kids, produced this trump/playing card set with famous Japanese athletes.  Included are 13 baseball players, at least 3 sumo wrestlers, soccer stars, pro wrestlers, and a variety of athletes from other sports.  I was able to snag three sumo wrestlers and two soccer stars from the set as shown here.  Given the rarity of this set, these might be the only ones I come across in the next decade.

The three wresters are the great Yokozuna Taiho, Taiho's arch rival Yokozuna Kashiwado, and future Yokozuna Tamanoshima who would later die as an active wrestler at the age of 27 from a blood clot.

The two soccer stars are Yuichi Sugiyama who played on the Japan National Team in the 1968 Olympics and won gold.  And the all-time leading goalscorer for Japan, Kunishige Kamamoto, and another member of the 1968 bronze gold-winning Olympic Team. 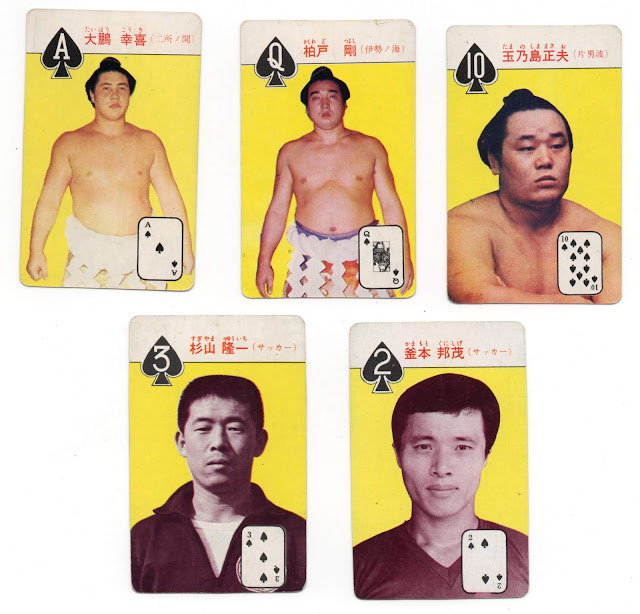 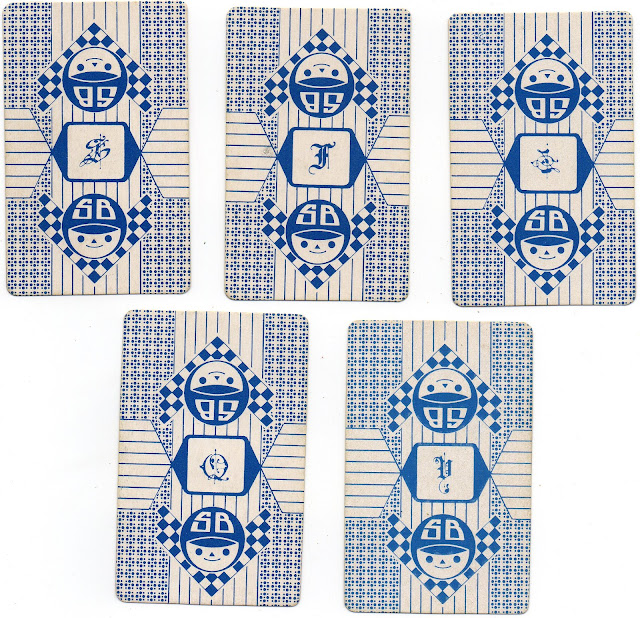 Posted by SumoMenkoMan at 10:24 AM