Earlier this week, former Yokozuna Wajima passed away at the relatively old age of 70.  I say old because the average age of the last 8 Yokozuna to pass way (Including Wajima) is only 62.  Wajima lived a colorful life both inside and outside of sumo.  He loved to have his hair permed, he drove swanky Lincoln Continentals, and associated with the Yakuza.  He was the only college graduate in sumo to ever achieve the rank of Yokozuna on top of it all.  After retirement, his wife attempted suicide, he put up his stock in the Sumo Association as collateral for a loan which ultimately got him banned, and he joined pro wrestling to make ends meet.  He also coached a Japanese football team for a while to boot.  All in all, Wajima was a very colorful character and was the type of wrestler that was different enough to be liked by the fans, but skilled enough to win 14 championships and to be respected by his peers.  RIP Wajima! 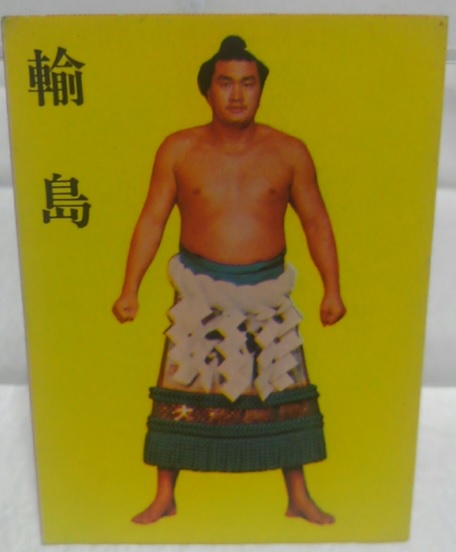 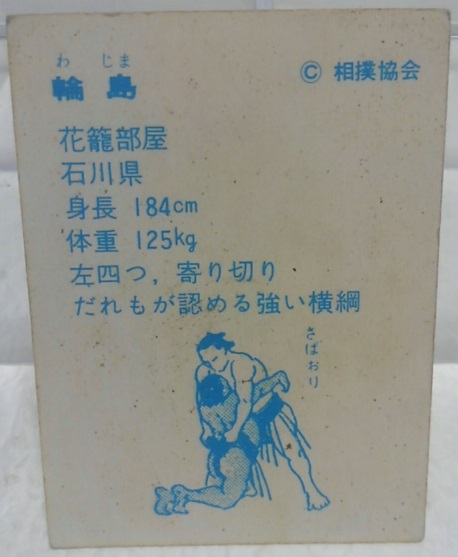 Here is one of Wajima's 1975 Osato Mini Cards showing him in his mawashi and tsuna.  [Image courtesy of Yahoo Japan Auctions]
Posted by SumoMenkoMan at 12:07 PM